1. Undo Send your Gmail Emails (One of the Google Tricks in Gmail That Might Save You a Lot)

The regret of sending an email with the wrong name, address, company name… If you send a lot of emails, you’ve been through that, and it most likely cost you a lot.

…Except, you don’t have to go through that.

One of people’s favorite hidden Google tricks in Gmail is that you can undo emails. That by itself is nothing new as it’s now Gmail’s default feature. However, that feature is limited to 5 seconds by default. And that is often not enough to realize that you made a catastrophic mistake in your email.

There is a way to extend the undo send in Gmail to 30 seconds, though.

This is one of the favorite hidden google tricks for most people, and for a great reason as it can save your emails.

Here’s How to Apply This Hidden Google Trick in Gmail:

This simple hidden Google trick in Gmail will right away take your work to the next level in 2020, but let’s keep going.

2. Create a Separate Inbox for Your Important Emails

An average person in the US gets 126 emails per day.

If you can separate emails by what’s the most important to reply to, you can right away save a bunch of time on your emails.

You can do so by creating labels mixed with filters.

We like to separate emails by important emails, and everything else being in the normal pile.

Whether you put emails from people you are in touch with daily in the same pile as invoices, that’s up to you, but here’s how to get started with one of the most used hidden Google tricks in Gmail.

If you want several types of emails in one label, you can re-do this step, selecting the same label each time.

And that’s it. Now you’ll be able to have all your important emails in one spot.

As far as hidden Google tricks in Gmail go, this is the most “hidden in plain sight” feature.

On your Send button, you’ll see a small arrow or triangle facing down as some might see it, and if you press on it, you’ll see a Schedule Email option.

If you read our post on the Best Time to Send an Email to Get a Positive Outcome, then you know that timing plays a crucial role as far as the success of your emails goes, in 2020.

Depending on what time you send your emails, the likelihood of getting a positive response will differ.

Of course, waking up at 6 AM just to send emails isn’t always an option, especially since sending emails at this time isn’t often the most productive thing to do this early, nor is waking up to send an email always a great option due to timezone issues.

And that’s where scheduling emails comes in as a great Google trick.

When it comes to scheduling emails, you overall have two options, though.

You can use Google’s hidden trick like we already showed, mixed with calculating someone’s timezone yourself, or you can get MailTag Chrome add-on and schedule your emails, with the ability to select the timezone of your recipient automatically.

4. Remove Emails That Take up Your Space

One of the hidden Google tricks in Gmail we mentioned in this post was to put important emails in one spot.

Removing emails that fill up your inbox will also save you time, though.

You can do so by repeating step 2, with some little tweaks.

For instance, in the phrases section, mark “Newsletter” emails and mark them to be archived or deleted.

We know when people give us a “seen” on Instagram, yet email remains one of the only platforms which doesn’t give us any information about what happens to our email after it’s sent.

And that isn’t going to change anytime soon. Not on Gmail, not on G Suite, not on Hotmail.

That’s due to the privacy issues that this would arise with big platforms like Google already collecting a tone of data on us.

If you can track emails, you can know what happens, allowing to know who is more likely to convert, or giving you insights into what you are doing wrong in certain emails by having data on what emails get opened, and how much they get opened.

And that’s where MailTag comes in as a Google Chrome Add-on that allows you to track emails.

If you would like to know more about email tracking, why not check out our post on the Top Benefits of Tracking Emails?

6. Receive Notifications When You Receive Emails

This is one of the hidden Google tricks in Gmail that we only recommend if your job requires you to deal with a lot of emails, ideally as soon as possible.

For instance, if you are in the marketing department of a company.

Right now, you receive emails on your phone, so how is it that you can’t on your laptop?

Once again, go to Settings, and in the General section, you’ll see a Desktop Notifications tab.

There, you’ll be able to enable desktop notifications.

7. Auto Follow-Up to the Emails That Don’t Get Opened

The most common reason for why emails often aren’t opened is the fact that somebody simply missed your email or forgot about it.

A follow-up by itself can increase the chances of conversion up to 50%.

The issue with follow-ups is that if you send a lot of emails, and need to send a lot of follow-ups, that just takes time. Time that can add up to several hours per week.

This is where once again, MailTag comes with also having the ability to send automatic follow-ups to the emails that don’t get opened.

Simply select your desired follow-up sequence when originally writing your email, which you can previously come up with, in the dashboard of MailTag, and choose how many days you want to wait for before your email is sent.

Just like that, you save yourself hours of simple work that can be automated.

These 7 Google Tricks will make a huge difference in your Gmail alone, but how about also looking through 11 Chrome add-ons to take that work even further? 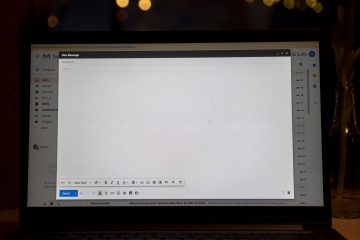 4 Email Tracking in Gmail Tricks for 2020

Email Tracking is considered useful by many because of the data it’s able to provide you with. But just like a fitness tracker data is useless without you doing anything with the data, the same Read more… 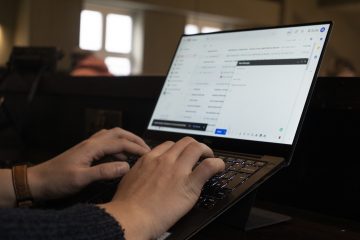 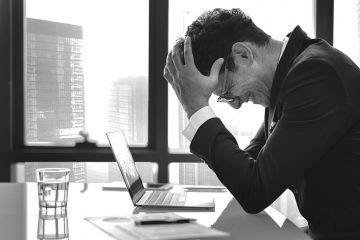 The Undo Send feature in Gmail has become a default feature, and rightly so since it can save your life. Except, at default, it’s only set for 5 seconds. That’s often not enough to realize Read more…