I Want My Money Back, and the Big Gamble

I texted my lawyer saying, “there’s a problem, let’s talk ASAP”. Within seconds, JG (our lawyer) is on the line. We quickly reviewed the situation and decided the best thing to do was alert the attorneys/escrow on the deal that there were some open issues and the money needed to remain in escrow.

Within 20 minutes, JG fired off the email:

Our big worry at this point was the doubt that we felt on the date of the takeover:

Was this all a big scam? Is it a real escrow agent? Is the law firm related or friends with the seller and most importantly is our 80% cash deposit already gone?

We needed to wait and see how JG’s written demand shook out. In the meantime, Joe and I were talking strategy about our options.

How do we want to proceed with the seller? The options in front of us were very different paths:

Lawsuits are fucking stupid. I’ve been in two and I can say for sure that no one really ever wins. It’s all about settling quickly and getting back to business. So while I wanted the seller to feel the squeeze (and damn, he deserved it), it’s business. We had to remove our emotions from the situation and make a rational decision. What is best for MailTag?

The best thing for MailTag is that the new owners give the business the attention it deserves. If you’ve read chapter #2 — you are fully aware this business needed a multi-organ transplant. A significant reduction of the sale price would be required.

Within minutes of this decision being reached, we got the email we were waiting for.

OK, these are honest people holding our cash and now we have the time to deal with the seller. We got back onto the phone with JG and discussed how we should approach the situation. We all felt it was best if I and Joe dealt with the seller directly, and kept the lawyers out of it (for now).

Initially, Joe drafted a beast of an email, which we both took a few passes at. Something felt wrong about emailing the seller, we agreed that it was best if I called him and tried to get him to see it our way, and wrap this up.

I gave him a call, he answered and quickly said that he was in a board meeting but I got right to it anyway, because I didn’t believe him.

I said we need to have a real conversation about the misrepresented state of the business and talk about how to remedy the situation, and I was clear that cash was the remedy we sought. He gave me some annoying reply about being fully honest and transparent (at this point, he doesn’t know how much we know) but that he had to go to his meeting and needed a few hours.

This was not the reply I was expecting, I had enough information to know that this guy wasn’t swimming in cash and that he needed the money in escrow. I called him and quickly said that I’m trying to put money in his pocket today. I made sure he understood that if we went the legal route, he wouldn’t see $1 for months, possibly a year. I told him, and I was being genuine while using the house metaphor:

You built a nice house, it’s pretty on the outside, in the right neighborhood and has major potential… but the foundation is totally rotten and you knew it. Had you told us about this, we still would have gone forward with the transaction, the only difference would have been the terms. And that’s why we need to talk price reduction, now.

Some good cop/bad cop ensued. Myself the good, and Joe the bad.

“Joe’s got deep pockets and will happily drag this out, he doesn’t give a shit.”

My stance was softer, “listen, you deserve to be rewarded for what you did do, let’s just get a fair price so that we can properly account for the extra and unexpected work ahead.”

He held his ground initially, said he’d be happy to host us in his home state for a legal tug of war. I felt he was bluffing… and frankly, Joe and I were ready for a legal battle if he wasn’t going to see it our way. Keep in mind, we controlled the assets and generating revenue — while, on the flip side, he couldn’t touch any of the funds.

A few more minutes passed where we went in circles and as the conversation was winding down to a “goodbye”, he finally showed his hand:

“I’ll tell you what, if you can have this done tomorrow morning, I’ll drop the holdback in the sale price, the 20%.”

Was this enough? No. I would have moved on to a lawsuit if that was the total reduction he was willing to do. But he went from standing firm on receipt of 100% of the sale price to knocking off 20% in a short phone call. He wanted the cash ASAP.

After hanging up, I call Joe straightaway, by now — it’s around 10:30 PM EST. I get him up to speed and we felt that it was good progress for one day and that we both needed to sleep on it.

We wanted to let the seller stew a bit and see if there would be a desperate plea for a larger reduction the next day, so Joe and I shifted our focus to Plan B.

Remember when the team had to work all weekend on Plan B? They did, and the proof of concept test for their proposed solution proved to be successful enough to be considered for full-scale engineering. We knew we’d face some obstacles along the way, but they didn’t seem impossible.

The hallmark of Plan B is removing our dependency on Google — if we could pull it off, we’d be able to withdraw our application from Google for access to the API that the initial MailTag product was using… and sidestep the risk of future platform belt-tightenings.

Joe and I have a lot of experience with being over-reliant on platforms — knowing we could safely bypass a platform and still provide our users with a good experience was a huge win. The problem was that, while positive, we weren’t 100% sure we’d be able to pull it off.

The simple question was if we can pull it off, will the payoff be worth the risk? The answer was a very easy YES.

The timeline for re-building the core functionalities in our new architecture wasn’t pretty — up to 2 months of effort if things went well. Normally, that would be fine for major features, but with our access to the Google API restricted, the majority of our paying customers couldn’t use the product and were starting to demand refunds.

I discussed the situation with our engineers and they’d been very proactive, providing me with a development schedule. First, they’d attack log-in and tracking so that the most baseline feature returned first. After that, we’d roll out Scheduled emails, and finally, PINGs. The first milestone was estimated 14 working days from now, we’d all work weekends to get it done. Major reward if we pulled this one off, worth the gamble 100% of the time.

We also decided to go heavy on the customer service side, and credit all of our customers as many weeks, or months necessary to retain them long term, and extend all free trials out until the product was fully functional again. This slowed down the churn (cancelations) dramatically.

Back to the deal? Yes.

I call the seller around 3 PM EST and threw a curveball at him.

I said, “would you consider reversing the deal? You get your company back and we get our money back. I think that’s best.”

Frankly, we didn’t want to reverse the deal. As we got deeper into the nightmare, I wanted to be in control of the ending of this story. The one thing that kept my spirits alive was the push notifications from the Stripe app that we’d gotten another customer payment, and another, and another. The machine was working, even with half of it in shambles. What if we actually righted the ship and restarted the engines? There’s nothing like recurring revenue.

Reversal — out. We’d need to either make a deal or go to court. Back to the conversation…

His tone was very tame, almost as if my insistence on reversing the deal tranquilized him. He seemed defeated and I was sure I’d get a bigger discount.

I tell him that we still want to line his pockets with cash, but a 20% overall reduction would not be sufficient, I walked him through my math on an adjusted valuation based on new information (revenue and new expenses).

Then I went into projected legal fees if we were to fight it out. He had a clear picture now.

My math made sense, frankly, I was doing him a favor, he didn’t deserve as much cash as we were offering. But it was the path of least resistance to us and a swift conclusion to him. If he had any rational bone in his body. We’d settle this before 4 PM. He came down another 20% at that moment.

40% total drop in price. The next move was to instruct the escrow agent about the new details. We got a healthy chunk of our cashback which would now be earmarked for this emergency re-build & marketing while we nervously wait for Google’s approval as a stop-gap.

After our wire posted, we both took a deep breath, and thankfully had a quiet week.

The following Wednesday — my toddlers woke me at 5:55 AM, and as I roll over and with one eye see tons of alerts on my iPhone — all of the normal stuff was there (news, sports, twitter, some stripe payments) but one stood out: from Zendesk, our customer service platform. The subject line was horrifying:

Am I dreaming? What the FUCKKKK

She was demanding payment for services rendered on a recent visit to New York (thanks for calling us to meet for lunch, btw!) and was aggressively emailing any and every company the seller had ever been involved with. In addition to that, she had written SEVERAL to national publications.

The details she provided were disturbing, criminal, and downright hardcore. She was threatening to go public and ruin his reputation as well as MailTag’s.

As Warren Buffet once said, the more you learn, the more you earn. That doesn’t necessarily mean that you need to read books, but here are the 10 must-read sales books that’ll change your life Read more… 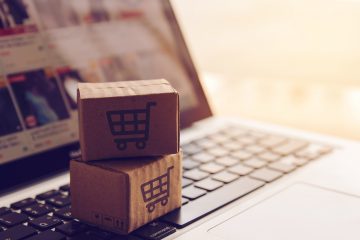 B2B Sales: How to Run an Email Outreach Campaign to Generate Fresh Leads

As the owner of a B2B company, you’ll know how important lead generation is. Generating and developing leads is the way to keep your firm growing and to mitigate the loss of any current clients. Read more…

To Text or Not to Text?

First time here? Get up to speed. Chapter 1: Sex, Drugs & Fraud: I spent 6-figures on a Nightmare of a SaaS CompanyChapter 2: The Unraveling of the Business I Just BoughtChapter 3: I want my money back, and Read more…