If you aren’t sending your email at the best time to send an email, you are decreasing your email open rate by even 4x times. And that’s just as far as your email being opened is concerned. Never mind the fact that depending on the time you send an email and also a follow-up, the likelihood of success drops. And ultimately, it’s all about getting an outcome you want out of your email, right?

If you are looking at all these “data-driven” posts on the best time to send an email, you’ll come to a conclusion, that there’s no perfect time. Some guides tell you 6 AM, and some tell you 10 AM.

The reason for that? That industries differ, and a CEO might be more committed to answering and viewing emails during early mornings as well as later at night, compared to an employee that works 9-5, especially if you send them an email on a Friday night at 6 PM.

So as far as increasing an email open rate goes, it’s not quite as simple.

We did, however, find a post that mentioned that emails sent a 2 PM get a good open rate because people start to look for distractions.

Aren’t you looking for a post about the best time to send an email for a positive outcome, rather than just to get a higher open rate, though?

And that’s where practically all of the data on open rates and getting a positive reply does not go together.

People are less likely to make favorable decisions as time goes on during the day. That’s not an email tracking statistic, that’s an overall human behavior statistic.

All kinds of data points that have nothing to do with emails shows that we are less likely to make favorable decisions as time goes on in the day.

And this applies to be people that we are meant to look at as non-bias, judges. Analyzation of 1000 parole hearings concluded that you were double more likely to get a positive outcome if you were the first hearing in every one of the 3 sessions and that you were overall more likely to get a positive response in the early part of the day, with that decreasing drastically before food time.

And that just makes a lot of sense.

Near lunchtime, we crave food. Near 5 PM, we want to get home and relax. External factors during the day influence our behavior.

The Best Week of the Day for Emails?

Naturally, the day of the week also matters.

And while you can’t predict what type of projects your email recipient is working on at what time of the year, near holidays periods, people tend to be more busy, and less available.

As far as weekdays go, you are overall good to go all week, minus weekends, with those getting much poorer open rates. Based on that, you can assume that people’s inboxes would be more filled on a Monday. Thus, our recommended optimal day for sending an important email would be a Wednesday.

Tony Robbins once had a guest by the name of Daniel Pink on his podcast.

Daniel Pink is an expert on getting people to work their best, and he mentioned how uneffective great people are at work, often due to their bosses preventing them from doing the tasks they are best at, during the early hours of a day.

During the podcast, Daniel mentioned how an employee needed to go to a bunch of boring business meeting in the morning, that he didn’t really need to be at, which was the most productive part of the day.

If you plan to wake up at 6 AM or even 8 AM just to send your morning emails, you need to stop. That’s not an effective strategy as sure, that might be the best time to send an email, but it will hurt your productivity.

And if somebody doesn’t live in your timezone, and you have to send an email at 5 AM, well, not a lot of people can wake up at this time, yet you still want to increase your chances of getting a successful reply, right?

That’s where email scheduling comes in, with MailTag being an email tracking tool that firstly allows you to track when people open your emails, but secondly and thirdly, allows you to send automatic follow-ups, and to schedule your emails with the choice of your timezone. Simply select the timezone your recipient is and the time to send your email at, and MailTag will send it for you when the time is right.

You know what’s the best time to send an email. That’s great. But not everybody lives in the US. Matter of fact, the majority of the planet doesn’t.

If you are in New York and sending an email to a company in Seoul, South Korea, there’s a 14-hour difference, and in this case, sending an email at 6 AM can hurt your email because your recipient, he’s going to receive it at a bad time for emails.

And that’s incredibly easy to check. Just look up someone on LinkedIn or on their social media, and you should be able to find out in under a minute.

If you already contacted your email recipient in the past, you can technically look up someone’s IP by clicking on Orignal Message and putting the IP that’s in the email into a site that looks up IP addresses, but that does require you to already have an email from the recipient, and depending on the safety precautions taken, the recipient might have a spoofed IP tracker.

Sending your email at the best time to send an email and the right timezone will drastically increase the possibility of a positive outcome, but it’s also important to have a great email in the first place.

And that’s where guides such as on 5 Things Every Email Sent Needs to Get Email Replies and tools like MailTag that allow you to monitor how people respond to your emails, allowing to learn from the data that applies to your type of recipents comes in. 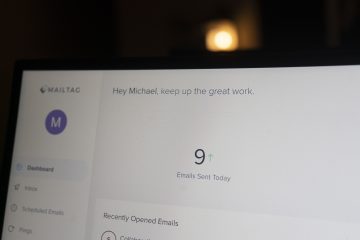 How to Send Incredible Cold Emails Faster in Gmail

Want to send incredible cold emails faster in Gmail? These quite simple to apply tricks will allow you to 10x the speed of your cold emails. Go About How You Email Differently Find an email Read more… 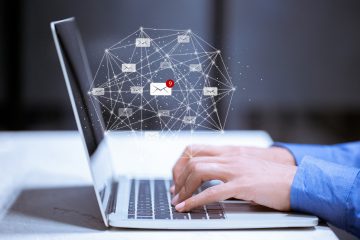 Want to start getting the most out of your cold emails? Here are 7 sins of cold emails to avoid. 1. Sending “Too Cold” Cold Emails Templates are great and can save time, but if Read more… 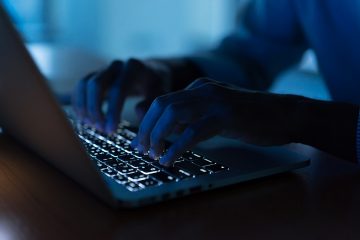 How to Start an Email to Get Responses in 7 Steps

Whether you want to start an email to get responses from a business or a teacher, there are two things that your email recipient sees. The subject line and the start of an email. If Read more…